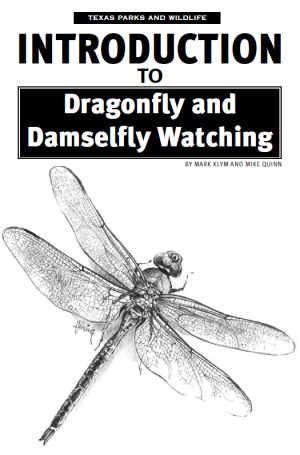 As adults, dragonflies and damselflies are often mistaken for each other. However, damselflies can fold or close their wings over their back and parallel to their body. Dragonflies cannot do this. Also, the damsels generally have a much narrower body and finer features. On most of our Interior lakes, damsels are the small blue ones that will often sit on the tip of your fly rod when you are not retrieving and are usually seen more frequently than dragonflies.

Most damselflies complete a life cycle in one year but some species take two years. The adults mate over the shallow water, sometimes in flight but often while clinging to the exposed portions of weed beds or shoreline vegetation. Immediately after mating, the female will crawl down the vegetation, and 'into' the water to lay her eggs on the submerged portion of the vegetation. Once the eggs are laid she will crawl back up the vegetation and repeat the process. When the eggs hatch they do not go through the larva and pupa transformations. The newly hatched damsel is just a smaller version of the later immature stages. Thus they are simply called 'nymphs' until they actually hatch into adults.

The damselfly nymph is very predacious. Usually it lies in wait for other aquatic bugs to get within range and then grabs them with its 'labium' which is much like a modified lower jaw. The nymph will proceed through 10 to 12 "instars" or molts before becoming fully developed and ready to emerge as an adult. With each molt the nymph becomes somewhat darker in color. Finally the nymph will swim towards the shore and crawl up the shoreline vegetation. While clinging to this vegetation the nymphal skin breaks along the wing case and out crawls a shortened version of the adult. Before taking flight, the new adult must pump body fluids into its abdomen and wings. This causes both to lengthen into the familiar form seen skimming over the lake. Depending on the species, the adult will live for several weeks to several months before mating and dying. Meanwhile the nymph of the next generation will migrate to the deeper water in the fall. It will hibernate over winter and return to the shallow water the following spring to begin the process anew.

The adult has four wings that fold over the back. The male of the most common variety in the interior is blue while the female is more of a slate color. For the nymph, a fairly large and bulbous head sits on a tubular shaped body. The eyes of the damsel are fairly pronounced but not as large or pronounced as the eyes of a dragonfly nymph. The tail is three feathery looking appendages. The tail is called the "caudal lamellae" and is actually three gills at the end of the abdomen. In the early stages of the nymph the body parts are not very distinct and the nymph is very dainty looking. It looks more like a walking stick.

The damselfly nymph gets up to about 25 mm long (one inch) when ready to hatch into an adult. Younger generations will also be in any lake and these will vary in size depending on the age.

When getting ready to hatch, the damselfly nymph is usually darker in color than the younger versions. It is often a dirty olive green to a brown color. Smaller nymphs of earlier generations are normally much lighter in color and vary around tones of water green to yellow-green and occasionally even a bright blue-green. Locally the adult male is usually a bright blue while the female is more of a slate color.

The nymph is usually stationary clinging to bottom vegetation and debris. When it does move, it crawls or swims much like a fish by sweeping the tail back and forth. Progress is not very fast and sometimes the damselfly nymph will stop and remain motionless in the water or on the bottom for a period of time.

Damselfly nymphs are hatched in shallow water and tend to stay in the shallows among weed beds where food is plentiful. They may by found in running water but seen to prefer the marshes, ponds and lakes. They usually stay in shallow clean water but may be found to depths of 35 feet.

The adult damselflies are seldom consumed by trout in our interior lakes and thus are not of much importance to the fly fisher. However, the damselfly nymph ranks as the sixth most importance food source for our trout. Hatches and migrations mostly occur during mid-day and feeding samples indicate that damsels are taken much more frequently during the daytime. The samples show that about 5% of the daytime feeding is on damsels and only 1% of the feed for fish caught in the evening or after dark.

My gut feeling tells me that damsels are actually more important than the samples indicate. During the peak of the spring, fall and hatching migrations it is often difficult for the fly fisher to catch many trout. I suspect that during these times the fish are actively eating many damsels. However, with the thousands of real damsels to choose from, the fish will simply ignore anything but a perfect imitation and presentation. The imitation isn't difficult but the presentation is a real challenge because the damselfly nymph swims like a fish. Any fish that has already satisfied its initial hunger will likely become very selective and avoid a damsel that isn't moving correctly. Therefore, many of my samples are most likely from fish just beginning to feed and are not yet stuffed with damsels. If these assumptions are correct, then I have underestimated the importance of the damselfly to fly fishers.

Damselflies have a spring and fall migration linked with hibernation. During migration, they are exposed and actively fed upon by the trout. After ice-off the water begins to warm. The damsels come out of hibernation and migrate to the shallows for feeding. In the fall as the water cools, the process is reversed. The timing of these migrations varies with water temperature and thus elevation. On average, the spring migration seems to coincide fairly close to 'turn-over' on the lake and the fall migration seems to be well under way by late October.

There are several hatches from nymph to adult. The peak occurs about the second to third week in June. There is an early emergence round about May 10th and another secondary hatch in mid-July. When the damselflies do hatch, it is usually during mid-day and the damselflies come to the shoreline weeds in great numbers. Fishing can often be slow during a major damselfly hatch. There are such vast numbers hatching at once that an artificial fly is lost among the real thing. The fly fisher usually has more success during minor damselfly hatches or at the very start of a major hatch.

The adult damselfly is not normally a food source for the trout in our interior lakes and thus is of little importance to the fly fisher. Seldom are adult damsels found in a feeding sample.

The nymph of the damselfly is by far the most important stage to the fly fisher. The trout eat damsels from shortly after ice-off until it is too cold for me to fish. When tying flies to imitate the damsel I would suggest you make a well-defined head and be sure to represent the caudal lamellae or three pronged tail. Those combined with a tubular shaped body and legs should do the job. Color should be a darker green (olive) in the hatching season. Color should be a light green in the fall months and decrease the size of the fly.

I have seen various methods to try to imitate the swimming motion of the damselfly nymph. Wiggling the rod tip with a dry line and a very short leader, fluffy flies that undulate with short pulls, etc. I don't feel that any of those methods have worked very well. My most successful method has been to 'still fish' the damsel. I let it sit as if it were resting between swims with an occasional movement to attract attention. I almost always use a dry or floating line for this approach. Sinking lines tend to get hung up in the bottom vegetation too frequently or you have to retrieve too fast. Try a weighted fly for down deeper or a non-weighted fly for near the surface.

When you see the very first damsels climbing up the shoreline weeds to hatch is the best time to try an imitation of the damsel. Don't wait until the hatch is in full swing. Avoid the competition with the real bug and get the fish while they are actively looking for those damselfly nymphs. If fishing is slow in the early spring or late fall, that may also be a good time to try a damsel.